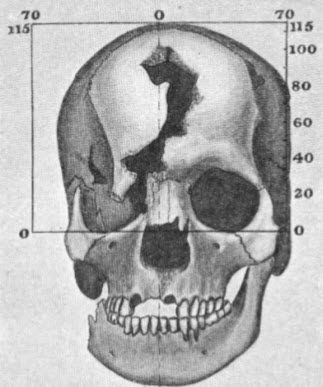 "[The Shuqbah Natufian] type may be described as Mediterranean, but with a distinct bias towards the African variety of that stock represented by the predynastic people of Egypt. [...] The later cave dwellers of Shukbah practiced a rite which is still observed by many negro tribes of Africa. They removed one or both upper central incisors in youth, which resulted in atrophy of the corresponding alveolar part of the upper jaw and in an upgrowth of the unopposed lower incisors."
Keith 1931 pp. 210-11


The excerpt above (Keith 1931) describes a Natufian sample excavated in the Shuqbah cave's Late Natufian deposits. In comparison to other Natufian sites, the Natufian inhabitants of this cave are known to be particularly African in their morphometric affinities, as shown by the descriptions of various physical anthropologists. The Natufian skull in the image above—complete with the North African practice of upper incisor extraction (Stojanowski et al 2014) and what seems to be a blurred nasal margin—differs substantially from preceding groups in the Levant. Among other things, its cranial length (189 mm) and breadth (128 mm) represent a huge break from the short and broad head trend observed in the preceding Levantine skeletal samples (Stock et al 2005; Hershkovitz et al 2005) and are consistent with both North and Sub-Saharan groups.

Let's face it: "Basal Eurasian" is heavily intertwined with African ancestry; might as well stop the collective denial 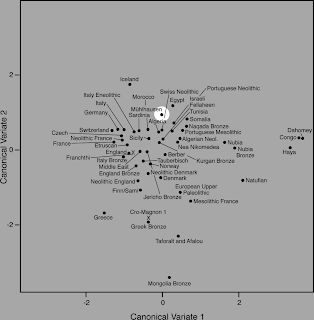 These non metric attributes all support the view that most of the Neolithic inhabitants of Europe tie more closely together with each other than with the living representatives of the areas in question. The principal exception to this generalization is [...] the Muhlhausen sample, which ties closer metrically to the living inhabitants of the Middle East and North Africa.


The excerpt above describes the North Africa-affiliated "Muhlhausen" LBK sample [Brace et al 2005]. This is the exact same sample Lazaridis et al 2013 would turn to almost ten years later, to sample the now infamous "Basal Eurasian" carrier—Stuttgart. But those who've convinced themselves that the Stuttgart individual is merely an odd looking individual in an otherwise perfectly European looking population, are in for a big surprise. 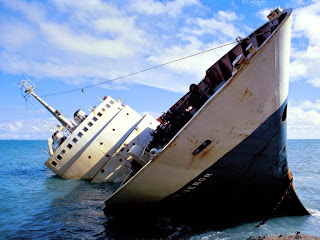 The old Egyptsearch forum (ESF, henceforth) has been going through several turbulent changes the past couple of weeks. Forget the earlier dysfunctionalities that plagued this forum; these new problems could prove to be much more destructive, even irreversible.

I've been at the vanguards for half a decade, setting the record straight on prehistoric Africa. Channeling my inner Keita, Hirbo and other anthro heavyweights that shaped my thinking, I plan to continue that tradition here. Unlike most blogs, which feverishly scramble for readers by reporting constant, real-time developments, this blog will be used primarily to bring closure to and revisit controversial topics involving prehistoric Africa, which are still hotly debated and relevant today.